Evolution of Medicine is thrilled to announce our 75th Functional Forum, on a topic that has been boiling under the surface for years and one of the biggest issues facing the growth of functional medicine. Health professionals, particularly doctors, must undertake further education outside their core training to learn, and in some cases, unlearn some of what they learned in medical school, to be able to practice functional medicine.

This Functional Forum is possible because of the innovation of Jennifer Addleman, an undergraduate student at University of California-Davis. Jennifer is a regular attendee of the Folsom Functional Forum meetup and having met so many great doctors at the meetup, decided to put on a conference at UC-Davis. What you’ll see at this conference is not only some great speakers and some great content, but we’re also going to talk about how you can help to organize this at a medical school near you. Because ultimately, we need to expand it. And the good news is that the factors you might think would stop it from spreading might not be that insurmountable after all.

You’ll hear from the organizer, Jennifer Addleman, as she shares her strategy for getting this event organized at UC-Davis. You’ll also hear from a number of the speakers, including Dr. Jeffrey Egler, who was recruited by the Adventist Health System to bring functional medicine to their organization, which includes more than 20 hospitals, 300 clinics and 30,000 employees in four states. Dr. Eric Hassid will discuss the six parts of optimal vitality. You’ll also hear from pediatrician sisters, Dr. Katie Long and Dr. Nicole Shorrock, who will talk about their practice and their work as functional medicine-trained pediatricians. Other physicians who presented at the conference will also share their insight.

One of the most interesting things about this group of doctors is that they’re not all in private practice. Most of the doctors who are speaking work at the major medical institutions in the Sacramento area, which showcases a new, exciting future for functional medicine in which it’s not just being delivered in private practices for cash, but also available on insurance inside medical systems and inside health plans.

Make sure to tune in! This is a great show to watch with your Functional Forum meetup to get some ideas about how you can start to execute this in your city. We look forward to welcoming you!

Register to join us via live Webstream, at a local Meetup, or to catch the replay.

Looking for a meetup group in your area? Check out the meetup directory. Can’t find one in your city? Register to connect with us to get one started.

About The Functional Forum

The Functional Forum is a monthly “medutainment” web show for health professionals and industry insiders who are passionate about the evolution of medicine.

We have 450+ meetup groups around the world comprised of doctors and practitioners who get together to learn about health-related subjects like “The Omics Era.” If you’ would like to join a meetup group, or find one located in your area, click on the “Find A Local Meetup” button.

Register and we will send you the replay! 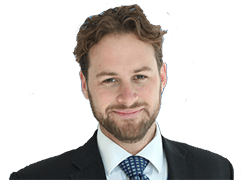 “Building local communities of integrative practitioners around the world is the most important next step for the evolution of medicine.”

Can’t watch live? Register and we will send you the replay!

Enter your information to register for the upcoming Functional Forum webstream!

Get instant access to Becoming A Leader In Your Local Community!